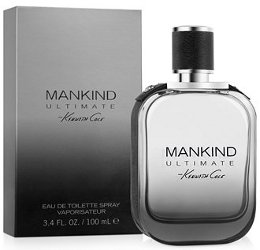 Kenneth Cole has launched Mankind Ultimate, a new fragrance for men. Mankind Ultimate is a flanker to 2013's Mankind, and is fronted by double-amputee war veteran Noah Galloway.

The bold new aromatic fragrance for the modern man, who is defined by his own expectations. Be the Evolution.

Kenneth Cole Mankind Ultimate is a limited edition. It can be found now at Macy's, $72 for 100 ml Eau de Toilette.

(via macys, additional information via wwd)