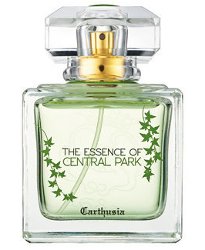 Italian niche brand Carthusia has launched The Essence of Central Park, a new fragrance in collaboration with the Central Park Conservancy.

Inspired by the Park’s elegant tapestry and natural beauty, it was created by Carthusia expressly for Central Park Conservancy, the nonprofit organization responsible for the day-to-day maintenance and operations that keep the Park beautiful and vibrant.

Central Park Conservatory Garden curator, Diane Schaub, has collaborated with master perfumers at Carthusia’s headquarters on the Island of Capri to craft this unique scent, reminiscent of the magnificent Spring and Summer blooms in Central Park.

Carthusia The Essence of Central Park is available now at Beautyhabit, $140 for 50 ml Parfum.