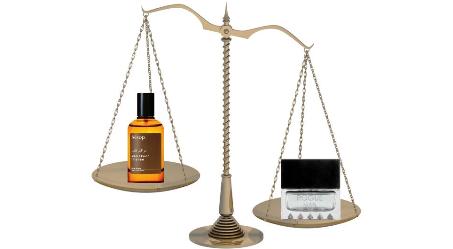 I've often sat at my desk surrounded by 50 or more perfume samples and thought: “I don’t have anything to review this week!” How could I think such a thing?  (I don't take this ‘dilemma’ too seriously, and completely understand if you're thinking: “Who CARES?”)

Anyway, I have NOTHING to review this week so decided to write about reviewing. If this seems a dull topic, perhaps you’ll read my candle reviews next week?

Here’s my process for deciding what to review (or not):

If I come across an interesting-quirky-unusual or beautifully crafted perfume — even if it's not that original — or a fragrance that showcases a favorite ingredient of mine in a wonderful/new way, no matter its maker or price, I review it. I may comment on its ugly bottle, annoying/inept marketing, or crazy cost but I want people to know about this perfume.

I often let a bad, or uninspired, perfume by a small company go un-reviewed if it’s reasonably priced for what it is, but on other occasions, I’ll write a review of an awful (or cheaply made…or both) fragrance by a small company IF the pricing is ludicrous and the claims of “rare materials used” is too dishonest to ignore. Of course, it's easy to skip a mediocre release by a small indie brand because it's unlikely that large numbers of Now Smell This readers are interested in it.

Robin Here at Now Smell This™ (I refer to her so many times in a year!) lets me review what I want to review, but I feel guilty that I don’t review as many mainstream perfumes as she does (we’re talking stuff that sells at Macy’s or Walmart). Let’s say a new perfume from a big designer smells like dozens of other perfumes but this NEW perfume is highly anticipated — I’ll try to review it (see Valentino Uomo). My review may be “businesslike” but I feel I did a “service” for those who read Now Smell This and want information on the new scent. I find a great way to deal with mainstream duds is to review three all at once, since duds usually don’t inspire wordy reviews.

Too Good to Pass Up: Marketing by Dummies

Guilty: I sometimes write a review of a scent because its marketing copy is so hilarious and too good to resist, even though the perfumes attached to these marketing misfires are often mediocre or crap (looking at YOU Calvin Klein).

Admission: If I’m snobbish about ANYTHING at all, it’s celebrity perfumes. The ones for men are usually bad, and smell inexpensive. Robin Here at Now Smell This™ has asked me several times to think about reviewing (if it’s worthwhile) the new Rihanna Rogue Man and I admitted to her I was too embarrassed to ask for a sample at Macy’s…because…I didn't want to be “associated” with Rihanna!  Foolish, I know (but there WAS the time I received threats after reviewing another singer’s perfume in a negative way....) 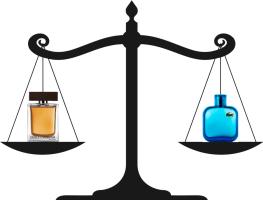 Sometimes a perfume house will ship me a full bottle or fancy sample of perfume from FAR, FAR away. I get this beautiful package in my mailbox, open it, spray on the perfume and go: “Yuck!” I’m human, and feel bad someone sent me a perfume at great expense and trouble, a perfume I'll not review. Should I review these type “gifts” anyway, and say they're awful? If the perfume blog-o-sphere is saying one of these fragrances is awesome, I may write a review to state another opinion (not to be contrary or to “stand out” but to add to the “record”). Many times I think about such matters for…WEEKS. Sad, right?

Of course, if I love the perfume in the freebie bottle, I'll review it, and then give the bottle away. (FYI: none of us here at Now Smell This keep full-size or deluxe freebies).

If I don’t like a fragrance and another contributor does like it (see Copal Azur), the one who likes it often shares their impressions in a review — but not always (Robin Here at Now Smell This™ liked Terre d'Hermès Eau Très Fraîche much more than I did but I reviewed it). If I know Robin likes or hates something I feel the opposite about and I know this as I write a review, I’ll mention it. At no time has Robin told me how to review something, told me NOT to review something, or altered my review (beyond proof reading) without discussing  any changes she suggests with me.

This type situation could be solved by a “He Said/She Said” or "She Said/She Disagreed" column but they are hard to coordinate and usually take at least twice the time to write as a standard review.

Perfume Sample Hard to Obtain? I Probably Won’t Review It.

If I’m unable to get a free sample of a perfume from a retailer (a brick-and-mortar store or online store) or the perfume company itself, I no longer spend much money to get a sample (maybe an occasional $5 buy on eBay). In the past, I’d spent as much as $100 a month on samples, not only from U.S. vendors but from Europe, Canada, Mexico. No more; I've experienced too much disappointment. The majority of perfume releases are, let's face it, not that great and even those samples I chose carefully based on notes fail me (this is how I learned what a perfume “contains” does not mean I’ll like it, or that the perfume even includes the fragrance notes it lists).

Often Robin or another contributor will realize there’s a gap in our reviews…an old favorite or classic that‘s never been written about. My recent Clinique Aromatics Elixir  review came about because it was unaccounted for here on the blog.

Chip on the Shoulder

What about a company that overreacts to a negative review...with a legal team? In all my years at Now Smell This only one brand has done this and I will never review their stuff. I've even lost all interest in what they release. The brand will remain nameless (you know...legal teams and all).

If anyone has other ideas about what to review, what not to review, or ways you think I’m off my rocker, I’m truly interested in your feedback. I sometimes wish we had a running “poll” whereby readers, one vote per reader, could tell us what they REALLY want reviewed. That would make life simpler...maybe! Shall we try it?

The poll: name a fragrance you'd love to see reviewed at Now Smell This, or a class of fragrances that you think gets too much, or too little, attention.