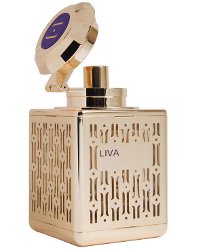 French niche line Atelier Flou, which debuted in 2010 with eight fragrances, has repackaged their line and introduced two new scents, Liva and Amarcord.*

Amarcord for men ~ a spicy fragrance with neroli, incense, muguet, spices, vetiver and iris. €185 for 100 ml.

Atelier Flou Liva and Amarcord can be found now at Jovoy Paris in France.

* I have no idea what year Liva and Amarcord launched, only that it was after 2010.