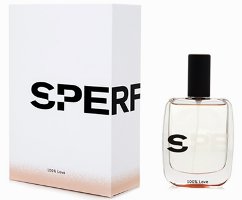 New packaging for the S-Perfume line: "In 2014 the pop and urban-spirited fragrances took a new experimental direction in order to renew its identity, thanks to the collaboration with Intertrade. A minimal visual code in which the palette of colors goes side by side with the choice of the main essence in each fragrance, whose olfactory sensation is as striking as the decisive though discreet watercolour packaging. The lettering is carved on all sides of every bottle like an elegant screen print, a feature that helps to leave admirers with the reminder of a perfume rich in content and stylish visual emotions." (via intertradeurope) 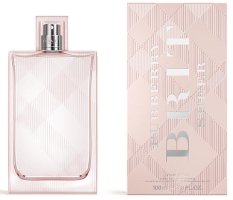 New packaging for Burberry Brit Sheer (the juice remains the same): "The redesigned powder pink flacon plays even more than the previous version upon sheer effects -- which happen to be one of the season's star trends -- for a new variation on the brand's signature plaid pattern." Due out in June. (via news.yahoo.com) 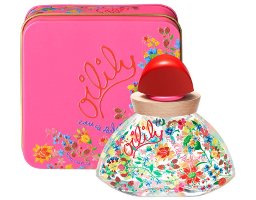 From Oilily, new packaging (introduced last year) for their signature Eau de Parfum (introduced in 1989). Available in 30, 50 and 75 ml.

From Swarovski, the 2014 version of Swarovski Edition, their yearly evening-bag-inspired fragrance. A fruity floral in 50 ml Eau de Toilette. The notes include mandarin, pear, redcurrant, rose, orchid, vanilla, cedar and musk. (via cosmoty.de) 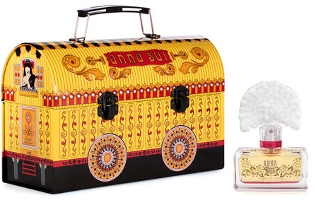 From Puma, new limited edition packaging for their Green and Yellow fragrances, honoring the 2014 Fifa World Cup Brasil: "As another summer of sport rapidly approaches, it doesn’t matter which sport you’re watching or which team you’re supporting, we all share something in common – the joy and excitement when your favourite athlete or team wins! Brasil, one of the most joyful cultures in the world, is the perfect inspiration for that liberating moment." (via puma-fragrances)