More limited edition collector fragrance bottles, with the usual disclaimers: in most of these cases, the juice is unchanged, just the bottle is “special” (or not, as the case may be), and some of these may not be available in the US. Today's post includes special editions from Ferragamo, Viktor & Rolf, Estee Lauder and Rochas. 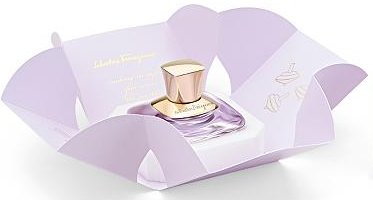 From Salvatore Ferragamo, the Mini Fragrance Collection, featuring 20 ml bottles of Signorina Eau de Parfum, Signorina Eau de Toilette (shown), and the new Signorina Eleganza. The bottle designs were inspired by spinning tops. £30 each at Debenhams or House of Fraser in the UK. 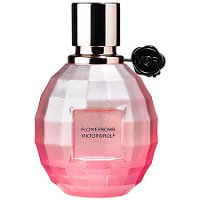 From Viktor & Rolf, the 2014 edition of Flowerbomb La Vie en Rose, which may or may not be the same juice they've been using since 2009: "This year, Flowerbomb reinvents itself to celebrate the fifth anniversary of “La Vie en Rose”. The sparkling limited-edition eau de toilette is a fresher, lighter version of the iconic Flowerbomb fragrance, with bursts of nectar bringing an explosion of happiness. The fragrance is presented in a beautiful pearly, luminescent bottle." $95 for 50 ml Eau de Toilette, at Sephora. Also at Nordstrom, where the bottle looks much less iridescent. 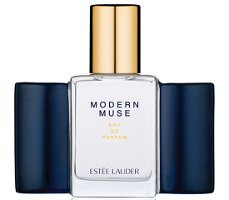 From Estee Lauder, Modern Muse in the travel-sized Bow Edition: "Be an inspiration. Experience the fragrance that captures your style, your confidence, your creative spirit in a collectible Eau de Parfum Spray. Petite enough to go around town—or around the world. An alluring contrast of sparkling florals and sleek, sensual woods." 20 ml Eau de Parfum, $48 at Bloomingdales. 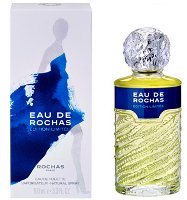 From Rochas, a limited edition of Eau de Rochas, with packaging designed by illustrator Aurore de La Morinerie. In 50 ml Eau de Toilette, due to launch in April. (via magazine-avantages.fr)