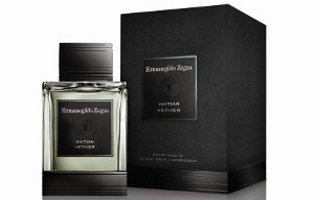 Like the other Essenze fragrances, Haitian Vetiver is focused on a signature raw material, but includes the note of bergamot which is shared by all the fragrances in the collection. Other notes for Haitian Vetiver include vetiver, neroli, carrot seed and orris.

Ermenegildo Zegna Essenze Haitian Vetiver will be available in 125 ml Eau de Toilette. The Essenze series is in limited distribution; in the US they can be found at Neiman Marcus.