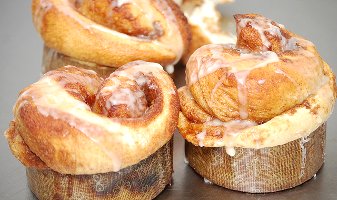 That's right, it was cinnamon bun day in Sweden yesterday. Never too late to celebrate!

Meantime, we're doing our same old open thread poll: talk about anything you like — the perfume you’re wearing today, the perfume you wore the most in the last week, the perfume that smelled great on someone else but not on you, whatever.