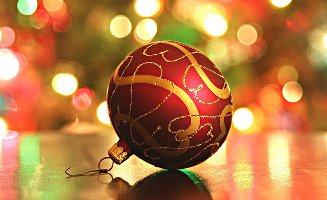 Happy Holidays! Angela will have a post on Monday, then Now Smell This will be taking Tuesday and Wednesday off — we'll be back on Thursday. In the meanwhile, feel free to talk about whatever you like: what perfume you’re wearing today, what you’re cooking (or eating) for the holidays, what you'll buy on Boxing Day, anything at all.

Note: top image is Ornament [cropped] by John-Morgan at flickr; some rights reserved.