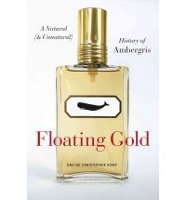 Who would think, then, that such fine ladies and gentlemen should regale themselves with an essence found in the inglorious bowels of a sick whale! Yet so it is. — Herman Melville, Moby Dick

Over the years, perfumers have had some wonderfully repugnant substances in their arsenal. Some, like jasmine and oakmoss, look picturesque in nature but can waltz into a perfume with manure or pond scum caked on their boots. Others have unseemly origins, like oudh produced by fungus-infected trees and various musks harvested from animals’ rear ends. Ambergris is a bit of both. It is produced in the bowels of just one percent of sperm whales from indigestible squid parts and feces, and expelled (sometimes fatally1) to the ocean’s surface, where it ideally ages for a few years before washing ashore. It almost always smells a bit like barnyard. Like oakmoss and animal musk, it seems to belong to a past age of perfumery. But ambergris has a mystery all its own, a treasure from the sea that can bring its finder a small fortune, an olfactory enigma that is difficult to describe and impossible to create in a lab.2

Molecular biologist Christopher Kemp first heard of ambergris in 2008 when a huge block of ambergris was thought to have washed up in New Zealand, where he was living at the time. It proved to be tallow, essentially worthless. Still, the idea of tide-borne treasure captured Kemp’s imagination and his intellectual curiosity, which led to the quick discovery of how little attention the scientific community has given ambergris. “In fact,” Kemp writes in the introduction, “to begin with I found almost no useful information at all—just a handful of esoteric scientific papers and medical textbooks, most of them published in the eighteenth century. They were full of contradictions and inconsistencies.”

In Floating Gold: A Natural (& Unnatural) History of Ambergris, Kemp recounts his adventures and discoveries from the two years he spent attempting to understand the nature of ambergris and the hold it has on people. The narrative weaves together countless hours combing the beach, digging in museum archives, and tapping into the underground world of ambergris trading.

Along the way there are a few choice cameos from the perfume industry. Chandler Burr makes a compelling argument for why perfume houses don’t use it anymore — though a Grasse-based dealer says otherwise. Mandy Aftel of Aftelier describes how ambergris interacts with other aromatics, and there is a prologue of sorts to her Parfum Privé.3 And there is an excellent and not-too-dense chapter on aroma molecules for those who enjoy that sort of thing (I do).

But Floating Gold is ultimately a work of scientific and historical inquiry — though a highly engaging one with beachcombing interludes. It’s much like spending the day at a natural history museum that happens to be hosting brief lectures by perfumers. If that sounds like fun even without the perfumers, you will likely love this book. If you’d mainly go for the perfumers, you might wait for the paperback. Needless to say, those who don’t care for whales need not apply.

Note: An e-book was provided by the publisher for this review.

1. If the mass grows large enough, it can rupture or occlude the gut.

2. Although there are many synthetic molecules that are used as substitutes for ambergris, of course. For a brief discussion on the difference between ambergris and amber in perfumery, see the glossary.

2. I purchased a sample of Parfum Privé to wear while reading this. I highly recommend.