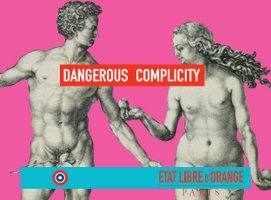 Every dangerous complicity requires the infusion of something that can endure beyond desire, beyond the commitment – a scent that speaks the language of the skin. Something to remind you of what you have, what you had, what you could have again. So that when the intimacy is gone, there is still a scent to recall the memory of a touch.

For inspiration, we look to Adam and Eve. By eating the forbidden fruit, complicity took on another dimension, and became dangerous. They lost their innocence and their paradise. The door was opened to carnal energy, they were liberated from restrictions, and they could now create their own version of Eden. That forbidden fruit became a one-way ticket to Etat Libre d’Orange.

[...] This is the scent of skin on skin – or should that be sin on skin? – intimate and sexy, edgy but smooth as a swans-down powder puff. The scent of leather and powder, or rather: the softly scented trace a bad boy’s leather jacket would leave on the powdered skin of a femme fatale. The masculine yielding to the feminine in a fragrant folie à deux – or is it the other way round?