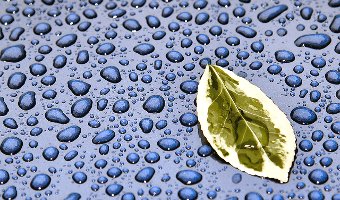 The usual! Talk about anything you like — the perfume you’re wearing today, your favorite perfume to wear in the rain, whatever.

Note: image is Leaf on my car [cropped] by exfordy at flickr; some rights reserved.