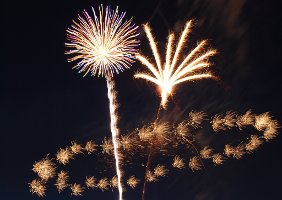 The usual open thread: talk about anything you like — the perfume you’re wearing today, the perfume you'll wear to the fireworks, the last scrubber you encountered, whatever.

Note: image is fireworks2 by Aunt Owwee at flickr; some rights reserved.