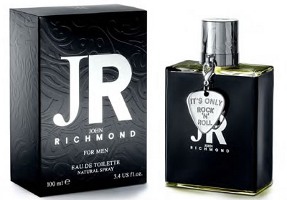 Milan-based designer John Richmond, who launched his debut fragrance for women, John Richmond Eau de Parfum, last year, is following up with John Richmond For Men. The "rock and chic" fragrance is aimed at unconventional men.

John Richmond for Men will be available in 100 ml Eau de Toilette. It is due to launch later this month. (via sfilate.it, veraclasse.it)