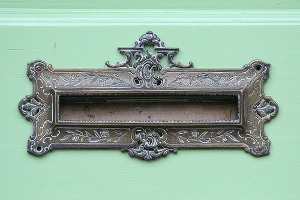 Philippe, who "started a long love affair with perfume" after reading Perfume by Patrick Süskind, is looking for a new citrus-y and/or fresh summer fragrance. He can pay up to $120. He has access to reasonably good perfume shops, but would prefer not to buy online. Here is what we know about Philippe:

He's in his teens, and he lives in Quebec, about an hour from Montreal.

He dreams of launching a perfume line.

Here are some of the fragrances Philippe has tried in his search for the perfume summer fragrance:

Hermès Un Jardin en Méditerranée: lovely, but maybe a tad too woody for a summer fragrance.

Hermès Un Jardin sur le Nil: he did not like it much.

Annick Goutal Petite Chérie: too feminine, but if there were no pear, it would've been perfect.

Bond no. 9 Eau de New York: he didn't like it and doesn't know why.

Note: image is letter box by leo reynolds at flickr; some rights reserved.