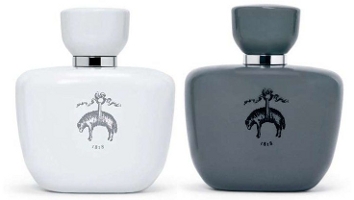 Black Fleece by Brooks Brothers Eau de Parfum for Women is "an elegant and sophisticated scent for that independent-minded woman", and was developed by perfumer Steve DeMarcado, who found inspiration in a trip to Istanbul. The notes feature amber crystals, agarwood, gilded citron, Asian star jasmine, woods and incense.