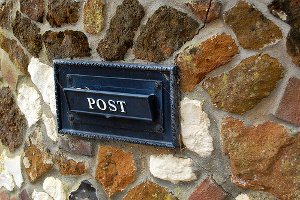 Today we're helping (hopefully) Liza, who has been wearing Lancôme’s Magie Noire for around 30 years. Liza can no longer buy the Parfum, and does not care for the reformulated Eau de Toilette: "jarring top notes; the heart lacks the depth and complexity of the vintage; even the lovely haunting dry-down has become sweeter and less woodsy and mysterious". She still wears it, but would love to find a sexy perfume with "an aura of mystery evocative of the original Magie Noire". She's willing to pay over $100, but doesn't want to pay JAR-level prices. Here are a few details about Liza:

Liza is a science writer in her 40s. She's also into crafts, dance, and growing fragrant plants, both indoors and out.

Liza loves notes of jasmine, sandalwood, and incense notes, as well as most spices. She loves sweetfern, and all of the scents of plants she has grown (bay laurel, butterfly gingers, patchouli, lilac, narcissus, lily of the valley, bayberry, flowering nicotianas, and numerous herbs). She also likes lime, vetiver, and cedar in moderation. She likes the rose in Magie Noire, but wouldn't call rose a favorite note. Before Liza discovered Magie Noire, she liked Jean D'Albret Ecusson, Worth Je Reviens, Caron Bellodgia, and Revlon Jontue.

Liza also has two other perfumes that she discovered while searching for a replacement for the Magie Noire. One is Donna Karan Black Cashmere, which she likes despite the harsh top notes and the slightly too strong clove, but she finds that it vanishes within an hour or two. The other is Guerlain Mitsouko, which she now wears as a special occasion perfume — she doesn't find it appropriate as a daily perfume.

Perfumes that Liza likes but that aren't quite right for her include Piguet Fracas (too heavy/overwhelming), L’Heure Bleue (too cold), Bulgari’s Eau Parfumée au Thé Vert (lovely as a shampoo or shower gel) and Diptyque's Philosykos (lovely as a candle).

And here are the perfumes Liza has tried while looking for a replacement for Magie Noire:

Note: image is Postbox @ Holme Next The Sea, Norfolk by at timparkinson at flickr; some rights reserved.