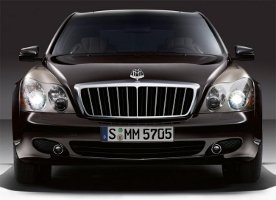 World first – a system for a fine interior fragrance

Customers are also able to opt for an especially refined equipment detail that is exclusive to the Maybach Zeppelin – an imaginatively designed, extremely high-quality perfume atomiser, the only one of its kind in the world. It easily eclipses all previous efforts to produce something similar, both in terms of its visual appeal and its operation. Its sophisticated technology and premium fragrances, which can be individually chosen, create a unique aromatic experience in the Maybach Zeppelin’s interior at the push of a button – stimulating the senses of the occupants not with an overpowering perfume but with a soft, delicate scent. The system’s core component is an internally illuminated Plexiglass sphere on the rear centre console, into which Maybach Zeppelin owners can insert a vial of their preferred fragrance. A regulator pump then directs a gentle flow of air into the Plexiglass sphere, fanning the vial's perfume molecules into the vehicle interior. 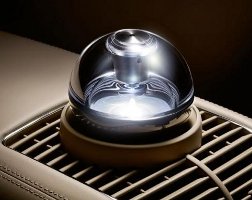 The ingenious control understands the human sense of smell

The perfume atomiser can be activated either from the driver’s seat or by means of a button in the rear centre console, with an additional thumbwheel in the rear for sensitive aroma control. The chosen fragrance gently wafts into the passenger compartment within ten to twelve seconds. On models with a partition screen, only the passengers in the rear are able to activate the atomiser.

The aroma experts took the human sense of smell into consideration when designing the control mechanism. As the nose adjusts to smells in such a way that it no longer perceives them after a short while, the perfume atomiser switches off after about ten minutes. Once the system has switched off, the fragrance – which does not seep into the interior’s materials or the occupants’ clothes – quickly evaporates. Reactivating the atomiser later allows the experience to be enjoyed all over again.

The system comes supplied with two select fragrances, which have been exclusively developed for the Maybach by a renowned perfumer from global specialist Givaudan: one light and refreshing, the other slightly heavier and woodier.

Maybach Zeppelin owners can also use other fragrances, or even have one specially developed and enjoy the luxury of immersing themselves in their very own, personally designed aroma. The fragrance holders are easily interchangeable. The specification includes a total of three valuable vials, which are hand-blown by a well-known glass artist.

Haven't got the cash handy? Might I suggest the "Fast, Cheap, and Out of Control" car air freshener from Blue Q, for the "girl who doesn't take the backseat". In "Fresh Daisy Scent", only $2.99 at Blue Q (car not included).