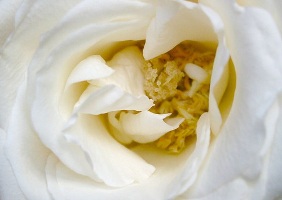 Today's triple-extra-lazy snow-day poll is essentially an open thread: ask a question about fragrance. Anything: where to buy something, what's the best iris scent, whatever. Or, tell us what your scent of the day is, or what is the last thing you bought, or the fragrance you want to buy next. Anything you want.

Then see if anyone else has asked a question that you can answer.

Note: image is simply white by LightSpectral at flickr; some rights reserved.