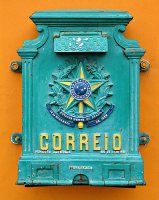 Kirsten is searching for her perfect signature daytime perfume. She loves Dior's Hypnotic Poison ("it's really comforting and I think that's what I look for in a perfume"), but it's too heavy to wear to work, and her sister-in-law also wears it so it doesn't feel like it's "hers". She bought quite a few new perfumes this year, none of which really turned out to work for her, and she's also tried an amazing number of samples and decants — you might want to grab a cup of coffee before you start reading.

Here are a few details about Kirsten:

She's in her late 30s, married, and mother to a young girl.

She works as a Quality Manager for a manufacturing company, and she does spend time on the factory floor "getting really hands-on dirty".

She describes herself as "a bit of a tom-boy", and her style is casual but she likes to smell feminine.

Kirsten says smell is really important to her: "From my daughter’s fresh blow-dried hair, evening flowers in the garden, the smell of chocolate, honey & good coffee – it’s all about comfort scents."

Kirsten lives in Scotland, and has good access to perfume stores, niche and mainstream. She's willing to spend up to $150 for her perfect scent, and she's also willing to purchase samples.

Kirsten gravitates towards strong, heady, sweet florientals, and most of them are "too much" for daytime wear. She loves sweet, creamy floral notes, vanilla if it isn't too foody, and some woody notes. She doesn't like mossy notes, green herbal notes, iris, anything too "powdery or austere", coconut, or harsh woods.

Here are the perfumes Kirsten has purchased this year:

Dolce & Gabbana The One EDP: "just overpoweringly floral & trashy".
Guerlain My Insolence: "too sickly sweet and adolescent".
Paco Rabanne XS for Women: "brought on a migraine".
Chloe (2008 version): "smells synthetic & burns my nose!".
Gwen Stefani L.A.M.B.: "smells like furniture polish".
Thierry Mugler Angel: "caramel & honey on me, shame everybody around me hates it".
Thierry Mugler Eau De Star: "headache inducing and way too heavy"
Annick Goutal Songes: "I love this, but my husband hates it".
Annick Goutal Petit Cherie: "dry down is a little too green".
Calvin Klein Euphoria Blossom: "too green and sharp and grates after a while".
Matthew Williamson Lotus: "pretty, but 'not enough'".
Matthew Williamson Jasmine Sambac: Kirsten sometimes layers this with the Lotus, but it's too "one dimensional on its own", and also "a little too 'green'".
Kenzo 7.15 am in Bali: "too sweet & foody".
Bulgari Jasmin Noir: Kirsten adores this one, but again, too heavy for day.
Max Mara Le Parfum: "too heady & floral, nice to smell", but too much for daytime wear.

Other fragrances Kirsten has in circulation include Thierry Mugler Alien (she loves it, but it's too much for daytime wear), two Issey Miyake summer limited editions (she does likes these), Lolita Lempicka (she loves it, but "usually sees a few curled up noses" when she wears it) and Geurlain L’Instant ("it can be overpowering").

And here are some of the fragrances Kirsten has tried:

Lastly, here is a list of scents that almost worked:

Guerlain Apres L’Ondee: "beautiful, just not strong enough on me".
Chanel Beige: first hour is perfection, then musty iris.
Caron Bellodgia: "if it just went straight to the carnation drydown..."
Chantecaille Frangipane: Kirsten just got this, and is thinking it's pretty close!

If Chantecaille Frangipane turns out to be too sweet or heavy, Kirsten might try Keiko Mecheri Osmanthus. It has a similar creamy tropical floral feel, but it isn't as heavy as Frangipane or Annick Goutal Songes, and it isn't as green or sharp as Ormonde Jayne Frangipani.

I also tried to think of a carnation that might work, since Caron Bellodgia was "almost" right. I dismissed Floris Malmaison as too heavy and powdery, and Lorenzo Villoresi Garofano as too heavy and green. Etro Dianthus is a possibility, although I'm not at all sure it will have enough oomph for Kirsten.

As always, hope ya'll are going to do better than I did.

Note: image is untitled, by Ric e Ette at flickr; some rights reserved.