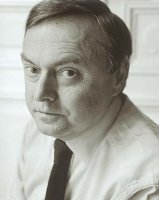 According to Cosmetic News, perfumer Pierre Bourdon of Fragrance Resources is planning to retire shortly. From the brief biography of Bourdon at Frederic Malle:

Pierre Bourdon earned a degree in political science before changing directions and enrolling in the Roure Bertrand Dupont school in Grasse. The only protégé of celebrated perfumer Edmond Roudnitska, he went to work for Roure in Paris. In the 1980s, he revolutionized men's fragrance trends.