Davidoff will introduce a new fragrance for men, Davidoff Adventure, next February. The ad campaign will feature actor Ewan McGregor:

“The fragrance is about what I’m about,” said McGregor. “My greatest passion is motorcycling, which I see as a huge adventure. This fragrance appeals to people’s sense of adventure, and I am very flattered to be associated with it.”

Davidoff Adventure is a "fresh, woody and spicy" scent, and was developed by perfumer Antoine Lie. The notes include mandarin, lemon, bergamot, black sesame, pimento, cedar, vetiver and white musk. It will be available in 50 and 100 ml Eau de Toilette and in matching grooming products. (quotes via cosmeticsint.co.uk, additional information via prnewswire)

Update: more eye candy, for those of you who are so inclined... 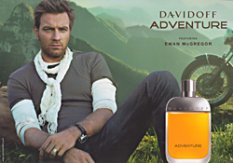 And a few additional notes for Davidoff Adventure ~ maté leaves, black pepper, cardamom. Davidoff expects Adventure to "become a second pillar for the brand behind its consistent top-five global line brand Cool Water", but we won't see it in the US until fall 2008. (via cosmeticnews) 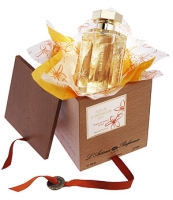 L'Artisan Fleur d'Oranger is a limited edition, and the 100 ml bottle is $295. It is available now at luckyscent.