Grant has always been deeply aware of smells. Cheese and chocolate he finds offensive: “If I’m at a dinner and the chocolate and/or cheese comes out, I will literally go to the bathroom until that course is done.” He detests the cacao, vanilla-influenced fragrance Angel by Thierry Mugler: “It’s so overwhelming if I smell someone wearing it even from a distance I move away.” 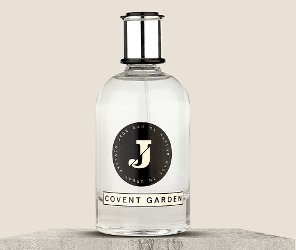 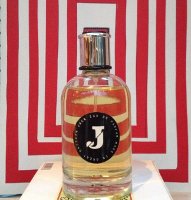 Actor Richard E Grant will launch Jack, his debut fragrance, in April. The unisex scent was named for the Union Jack, and comes in a “vintage-style Union Jack bag” inside the outer box…

Nine years old, growing up in Swaziland, I had dreamt of making the perfect perfume by combining gardenia flowers and rose petals in a jam jar of boiling water and melted sugar, sealing the top, shaking it up and burying it in the ground for a week. Regrettably, when I dug it up "Big Stinko" was the nostril-curling result. I tried using cold water instead, forgoing the sugar. The result was even more rank.

— Actor Richard E Grant talks about his obsession with fragrance; read more at Diary of a perfumed ponce at GQ. His debut perfume, due out later this year, has been rumored to feature a marijuana note.