Today, I think the fragrance market is made for the consumer. It is not the perfumer who says, “now you should like jasmine.” It is the consumer that says, “I like jasmine and I want the best one.” Nobody can say to me, you have to wear this. You choose your fragrance by instinct.

— Laura Bosetti Tonatto on changes in consumer preferences. Read more at Deciphering the Independent Fragrance Market at Business of Fashion. 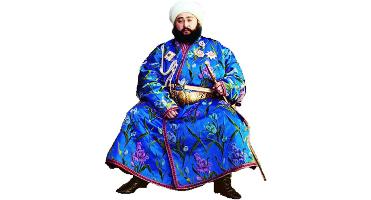 I often wonder how many perfume gems are “out there” that I’ll never smell. I sample absurd quantities of perfumes — niche, designer/mainstream, “home-brewed” — and I still haven’t tried many established or “old” fragrances (sad, but even a two-year-old scent seems aged when compared to a cologne that’s about to make its debut). So, I was pleased with my recent introduction to a “new” (for me) fragrance: 2000’s Amir by Laura Tonatto.

Just this year I’ve tried and enjoyed two Tonatto perfumes: Eleonora Duse and Amir. As with so many niche lines, you have to work to get your hands on samples or find testers of Laura Tonatto fragrances. Finally, a new shop in Seattle stocks the Laura Tonatto line, and I’m working my way through the Tonatto perfumes in stock…

When asked by a reporter — “What’s your favorite perfume?” — the Italian stage actress Eleonora Duse replied that such questions were “ridiculous and puerile.” 1 Duse avoided the press whenever possible and felt an actress “must not attract attention when she’s not on stage…an actress must pass through life unobserved.” 2 If Duse were alive and working today, I’m betting there would be no “Eleonora Duse” celebrity fragrance on the market. But it’s good, in the 21st century, to see or hear the name Eleonora Duse because she was such a cultural force in her lifetime.

Duse started acting at the age of four in her family’s theatrical troupe. As a child, she was often forced to beg on the streets, but Duse went on to become one of the most famous actors in the world. Using the theory of “six degrees of separation,” I feel a small connection to Duse. Right out of high school, I went to New York to study acting with Stella Adler, who was a student of Konstantin Stanislavsky, who said that he “got his inspiration for founding the Moscow Art Theatre from witnessing a performance of Duse’s.”3

At a time when actors assumed histrionic, unnatural poses, declaimed their dialogue, and displayed their own personalities on stage, Duse was different…

I’m always interested in learning more about the personal background of a perfumer. Why did they choose their profession? What did it take to fulfill their ambition? Storia di un naso (“the story of a nose”) gives a first-hand insight in the life and works of Laura Tonatto, who is perhaps best known as the nose behind the Carthusia line. Since most Now Smell This readers don’t read Italian, I’ll give you a short biographical sketch of her life as narrated in this book.

Laura’s story starts in her native city of Turin, right after high school graduation. It was the summer of 1982, and Italy was a struggling nation. Social tensions, a languishing economy, the long arm of organized crime, and the fear of domestic terrorism were the recipe for a dreadful reality that even the World Cup Football tournament couldn’t erase. Laura’s only wish was to escape from her depressing hometown. She wanted to travel abroad, to a warm place with friendly people. The Tonatto family had relatives in Cairo, so Egypt was a sensible choice. With her parents’ consent, and the promise to be back in time for her first semester in law school, young Laura took off…

Italian perfumer Laura Tonatto has been creating fragrances since the early 1980s. In addition to the scents marketed under her own name, she has developed fragrances for Carthusia and Kerastase, among others. Her own line, which includes Plaisir, has recently been streamlined and repackaged. The notes for Plaisir are orange, pink grapefruit, rose, cinnamon, patchouli, vanilla, amber and musk.