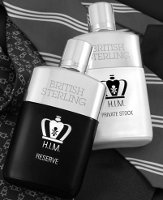 Dana Classic Fragrances seems to be in the business of buying up near-dead classic fragrances and reviving them. Yes, they remake them on the cheap, but they also sell them on the cheap, which is more than you can say for Christian Dior. While we might lament the flattening English Leather and Chantilly have suffered on the Dana diet, no one can complain about Love’s Baby Soft and its sisters, Love’s Fresh Lemon, Love’s Rainforest, and Love’s Soft Jasmin body mists. These fragrances were always meant to be splash-and-dash perfumes for those who are barely fragrance literate. If you keep that in mind, you just might appreciate them as much as I do.

First, let’s consider the Love’s bottle. The geniuses at Dana Classic Fragrances (either that, or the cheapos who couldn’t bear shelling out for new packaging) luckily saw fit to keep the old Love’s bottles with their tall, dome-shaped lids and goofy 1970s lettering. Love’s Fresh Lemon and Soft Jasmin feature painted hearts floating up the frosted bottles like balloons at the junior high school prom. The Love’s Rainforest bottle is clear, but is festooned with green vines, which also etch its plastic cap. The packaging is the apogee of retro chic. All we need now is the rebirth of Tickle deodorant — anyone remember that? — and we’ll have come full circle…

Let’s just get the bad news out of the way now: Brut no longer comes with a darling little necklace glued around its collar. The good news is that English Leather still has its wooden cap. As for how the fragrances have held up over the years, I can’t say, since I haven’t smelled the old versions. But, in my opinion, both fragrances still have their charms.

A quick visit to Brut World informs us that Helen of Troy Brut is the “Essence of Man.” Brut World doesn’t give a lot of information about the fragrance, except to describe its ten products, six of which are forms of deodorant. But it does provide a long list of features defining the Brut Man, including: “He has conviction, but is never convicted.” (Always reassuring.) “He has been the hundredth caller.” (Not sure if this means he’s won at a game show or what.) And my favorite, “He prefers things shaken, not stirred. But he will stir for others if that’s what they like.”

Dana Classic Fragrances Navy Eau de Cologne. I remembered the ads with their crisp motif of navy blue and stripes (it was Cover Girl Navy in those days), and the bottle, a deco-inspired oval, reinforced the image. The Dana website describes the fragrance as “a refreshing classic citrus floral blend of Rose, Jasmine and Orange Flower with a hint of sweet spices of Coriander and Cinnamon.” Further research showed it debuted in 1990. This should be a light, tidy fragrance, I thought. A great contrast to yesterday’s review of Chantilly and perfect for a summer day.

Navy is a floral oriental loaded with powder and old-fashioned orange flower. Refreshing? As refreshing as a dusty eiderdown comforter in August. Citrus? Not unless you count the “orange” in “orange flower.” Navy? Even the Village People would have trouble with that one. Navy and Chantilly are sisters, but where Chantilly accepted her lot in life and is running with it, Navy needs therapy…