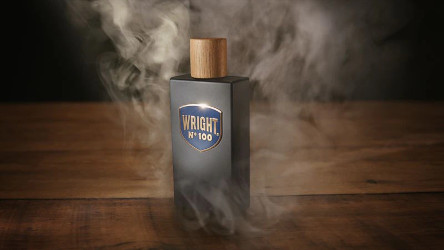 Introducing the fragrance inspired by 100 years of Bacon the Wright Way. Featuring the enticing scents of applewood, smoky bacon, and a secret ingredient used by perfumers in 1922—our founding year—Wright N°100 was created with the same level of craft as our thick-cut, real wood-smoked bacon.

Wright N°100 is made with the delectable notes of thick-cut bacon, applewood, bergamot, white patchouli, sandalwood, a touch of maple syrup, and a little sizzle of Mousse de Saxe—a combination of leather and vanilla popular in 1922.