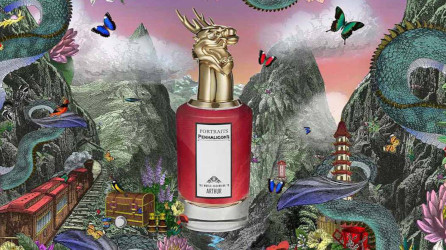 Penhaligon’s has launched The World According to Arthur, a new addition to their Portraits collection.

Part of the British brand Penhaligon’s Portraits collection, The World According to Arthur eau de parfum pays homage to the eponymous King and warrior. Nodding to his journey of wisdom and wit as he attempts to best his brother Lord George, it is made here in the UK and formed of an incense top note, ambrette and clary sage at the heart, followed by tonka absolute​.

Additional notes for the resinous woody fragrance include vanilla and grapefruit.

Penhaligon’s The World According to Arthur is available at Selfridges in the UK, in 75 ml Eau de Parfum.