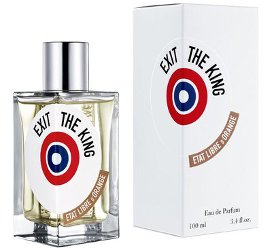 French perfume brand Etat Libre d’Orange was born from an urge of creating delicious, flamboyant and furiously liberated perfumes. Exit the King is their latest release, which tells the story of leaving a world of old norms behind and entering a new world. A world full of freedom and experimenting. An immaculate blend of flowers, foam and moss with resolute chypre for those who are longing for a change.