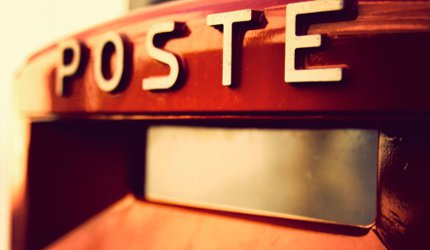 Robin participated in the Monday Mail back in 2014, looking for two perfect fragrances: one for everyday and one for special occasions. Since then, her life has changed and so has her perfume collection, but she still doesn't have her special fragrances. So, let's try again! Robin wants complex, beautiful, feminine scents, preferably not mainstream, that fit her personality and style. Ideally, she would like to sniff her own arm and swoon. The fragrances should be grown-up but not too mature, youthful but not teenager-ish. She will spend what she has to. Here is what we know about Robin:

Robin is in her mid 30s. She's originally from Charlotte, NC and now lives in Florida. She's a former 6th grade teacher; when she wrote to us before she was working at a radio/television station as the resident education expert, and now she is the Director of Communications and media at a large multi-site church. She has degrees in English Literature and Political Science.

She says she's an extrovert and an introvert: she's very social within her own group of friends, but still loves to be alone and "in the quiet". She has a bright personality, but is also sarcastic, over analytical and very picky. She enjoys creative work, cooking, reading, hiking and long walks on the beach.

She likes to dress casual-glamorous and classic, like a fashionable nerd. She is also a shoe and handbag fanatic. Her staple: jeans and t-shirt with a nice backpack and nice jewelry.

Robin doesn't like most rose fragrances (although she occasionally uses Lush Rose Jam body products), and she doesn't like any super heavy or overly mature fragrances, or strong gourmands.

Here are some of the fragrances Robin has tried since her last Monday Mail (some of which were recommended by our readers):

Issey Miyake L'Eau d’Issey for women: she recently smelled this again and sort of loved it.

MCMC Maui: she loves this one.

Atelier Cologne: all a no, although the vanilla was the closest in the beginning.

Bvlgari Eau Parfumee au thé Vert: she liked it but didn't love it or buy it.

Ormonde Jayne (I think possibly the Frangipani?): ok, not memorable.

Cartier Baiser Vole Eau de Parfum: she liked it, but had to layer it with citrus to lessen the powdery aspect. She tried Jo Malone Grapefruit and liked it on paper but it was too metallic on her skin.

Moth and Rabbit Duke of Burgundy: smells OLD and a bit dusty.

Kai: intriguing but way too green, feels she can't pull it off.

Ebba Miss Marissa: she found it sort of weird and not right for her.

Puredistance: smelled like Fracas to her (too heavy and mature).

Note: image is post_te [cropped] by fedewild at flickr; some rights reserved.