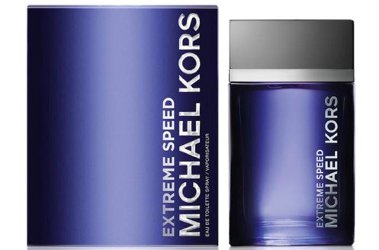 Break boundaries with Michael Kors Extreme Speed, designed for the man who commands life with sleek style and energy. Coriander and spices are layered with distinctive woods and patchouli for a modern, dynamic masculinity.