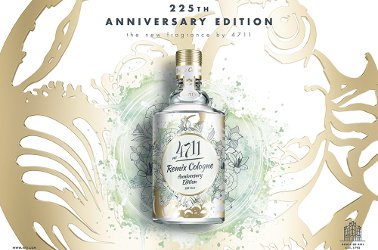 The edition is definited by the design and the new fragrance of the House of 4711. The House of 4711 demonstrates once again its fragrance competence (cooperation with the perfumer Vincent Schaller) and creativity.

The new fragrance is based on the raw materials of the original version, cleverly remixed with different concentrations, to give lasting and intensity. The traditional elements of Cologne Water such as bergamot, lemon, orange, petit-grain, lavender and rosemary reveal new aromatic facets. A round olfactory profile, which maintains the cool character of its classic version.