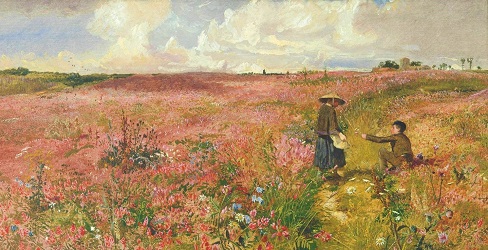 Last week, loud thunderstorms rumbled through town for over twelve hours. For me, this was a treat; it's rare to hear thunder or see lightning in Seattle. As my house rattled and the lights flickered on and off, as winds sent my rooster weather vane spinning, and heavy rains (and hail!) pounded the roof and bricks, I laid in bed with my cat Vanya Mandelstam and thought of the old days in Virginia when, as a little boy, I'd enjoy a good electric storm from the safety of a shed at my Aunt Lois's house. Her home was next to fields and woods and in summer I had a good view as lightning flashed through hay or corn or pine trees. It was a sensational experience. As the storm strengthened, I would feel physically elated, jolted to life, as if I had just put a whole lemon in my mouth and bit down — my tongue would tingle, my throat would constrict; a flash of bitterness would travel through the roof of my mouth into my brain and I'd feel as if I had been scalped...the top of my head became numb.

When I described these feelings to a friend, she said: "Are you sure you weren't struck by lightning?" I don't think so, but the shed DID have a tin roof. 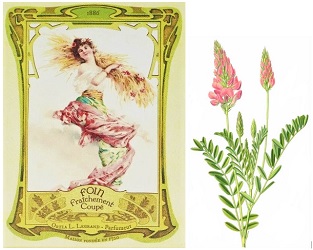 As I wear Oriza L. Legrand Foin Fraîchement Coupé1 ("freshly cut hay"), I think of the aftermath of summer storms, when the skies become quiet and the sun comes out and dries and warms the crowded fields (with their cultivated crops, pungent weeds and stragglers from the garden — usually poppies and cornflowers at my aunt's house). Foin Fraîchement Coupé does not possess a clean, raindrop-soaked, lightning-strike clarity; it is the mellow recuperation after my scalp-slapping, tongue-curling storm. Foin Fraîchement Coupé's notes have a gold tone, and seem embedded in powder one minute, and glazed in amber resin the next. The perfume's opening is minty-herbal; the mint is not wild and fuzzy, but talc-y, the angelica is dense and chewy, not sharp, sage is — aged. Foin Fraîchement Coupé's heart and base smell of hay and sainfoin notes2 — nothing freshly cut, but plants that have been cured in the sunshine.

Now, if a perfumer could create a true storm in a bottle for me, I'd be set!

2. This being Oriza L. Legrand and France, Foin Fraîchement Coupé's hay is arranged and "lit" by Monet to be enjoyed by some Rosa Bonheur farm animals (and "fresh" doesn't mean the same thing as it does in the US — Dieu merci!)