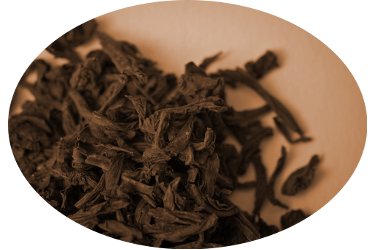 Autumn and the scent of smoke seem made for each other. Maybe it’s the nostalgia of the season’s first wood fires, or a taste of peaty Scotch, or the steaming pots of smoky Lapsang Souchong tea that sound so good on a rainy afternoon, but for me it’s hard to separate smoke and November. For that reason, I looked forward to sampling Aftelier Vanilla Smoke.

Not that I didn’t have my concerns. After all, not all smoke is good smoke. Would the smoke be toasty or touched with cumin (like real wood smoke can be) or acrid? Worse, would the vanilla smell like cake batter? Fortunately, with Mandy Aftel we’re in good hands.

In a nutshell, Vanilla Smoke is an easy-wearing blend of smoke and vanilla touched with amber. Just what you’d expect. The smoke is from Lapsang Souchong tea, and the vanilla is rooty and not pudding-like. (Even if you aren’t much of a tea drinker, if you like woody-herbal smoke you owe it to yourself to brew a cup of Lapsang Souchong for the scent alone. The tea gets its aroma from being dried over pine fires.) Vanilla Smoke won’t startle anyone with its inventiveness, and my guess is that it will please a wide range of people. It’s a natural combination — comforting and nostalgic.

Where Vanilla Smoke’s brilliance shows is in how the vanilla and smoke balance each other so well, with neither taking a starring role. Even though either note on its own could be demanding, let alone combined, they mind their manners and stay silky instead of insistent. Keep sniffing, and you’ll appreciate how saffron lifts and cools Vanilla Smoke and gives it a subtle skin feel. (I especially noticed the saffron in the Eau de Parfum’s opening moments.) In the Parfum, ambergris stands out more to me than in the Eau de Parfum with its salty, shimmery feel. 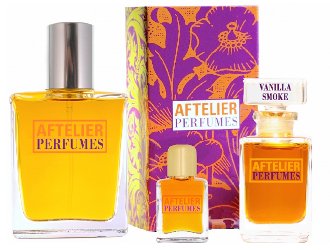 Vanilla Smoke has quiet yet present sillage, but it burns off quickly. The Eau de Parfum almost completely vanishes on my skin within three hours. I was afraid that Vanilla Smoke might flatten to vanilla and amber in its dry down, but it keeps its shape until the end for the Eau de Parfum. No worries there. The Parfum dries down to a sophisticated wood-tinged amber that sticks tight for five or six hours after the rest of the fragrance is gone. (The Parfum comes with a pipette and tiny auxiliary bottle you can tuck in your purse for touch-ups.)

I have a few more drops of Vanilla Smoke Parfum left. I think I’ll save them for Thanksgiving.

Note: top image is Lapsang souchong [cropped and colored] by poppet with a camera at flickr; some rights reserved.