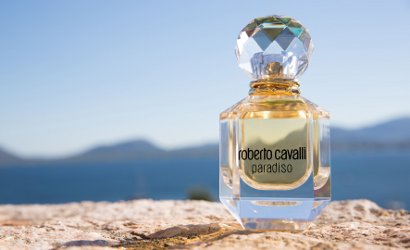 Roberto Cavalli will launch Paradiso, a new fragrance for women, in early 2015. Paradiso will be fronted by model Edita Vilkeviciute.

Roberto Cavalli Paradiso is a key to another world, an earthly paradise of thrilling sensations and voluptuous delights. It tells of an impromptu excursion on the Mediterranean Sea, of a magnificent villa and its secret garden. It speaks of the kiss of water and sunlight on one’s skin, of the evanescent smell of jasmine, of the enthralling flight of multicoloured parrots in the azure sky...

Roberto Cavalli Paradiso will be available in 30, 50 and 75 ml Eau de Parfum.