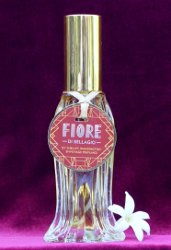 “ZELDA the perfume has grown a life of its own and the enthusiasm continues after the initial furor of shows, awards, and reviews," states Ms. [Shelley] Waddington. "This era was an important time for perfume; the Roaring 20’s was the decade of iconic fragrances. My thoughts this past year kept returning to Zelda Sayre Fitzgerald. What perfumes might have been on Zelda’s dressing table when she returned after her expatriation? What was THE arresting new fragrance of that age that would best suit her complex personality? I knew immediately; Caron’s Bellodgia, which was composed by the legendary perfumer Ernest Daltroff in 1927.”