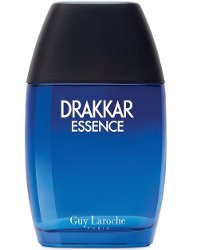 Feel the Power with Drakkar Essence, an aromatic woody fragrance for the charming and daring man. His fragrance is an irresistible blend of spearmint, lavender, and sage that collides with the warm and vibrant base of dry woods, musk, and tonka bean - resulting in a statement-making sophistication. This fresh and aromatic essence is at once bold and sensual, evoking an air of unstoppable self-confidence.

Update: Drakkar Essence will be fronted by Carolina Panthers quarterback Cam Newton. Additional notes for the aromatic fougère (which is described as less spicy than the original) include grapefruit and white musk. It was developed by perfumer Michel Girard. It will also be sold in a 50 ml size.