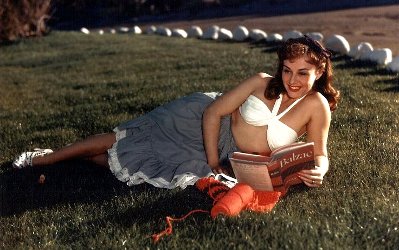 It's time for the annual summer reading poll!

Please recommend a great book to add to our summer reading lists, and tell us what fragrance we should wear while reading it.

Update: and I just realized Angie's book, The Lanvin Murders, is out on Amazon in the Kindle version, for anyone who wants more summer reading! We'll do a proper announcement later.