The Collector of Dying Breaths

A novel of suspense from MJ Rose, author of The Book of Lost Fragrances.

A lush and imaginative novel that crisscrosses time as a perfumer and a mythologist search for the fine line between potion and poison, poison and passion…and past and present.

Florence, Italy—1533: An orphan named René le Florentin is plucked from poverty to become Catherine de Medici’s perfumer. Traveling with the young duchessina from Italy to France, René brings with him a cache of secret documents from the monastery where he was trained: recipes for exotic fragrances and potent medicines—and a formula for an alchemic process said to have the potential to reanimate the dead. [...]

Paris, France—The Present: A renowned mythologist, Jac L’Etoile, is trying to recover from personal heartache by throwing herself into her work, learns of the 16th century perfumer who may have been working on an elixir that would unlock the secret to immortality. She becomes obsessed with René le Florentin’s work—particularly when she discovers the dying breathes he had collected during his lifetime. [...]

Due for publication in April. Amazon currently shows a pre-order hardcover price of $18.63. 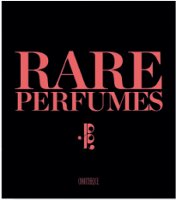 A new book (in English and French versions) by Sabine Chabbert, author of La Cuisine des nez, and olfactory journalist Laurence Férat, with a preface by Patricia de Nicolaï of Parfums de Nicolaï.

Since the 1980’s, perfume lovers have discovered an alternative perfumery, the one of ‘parfumeurs-créateurs’ all driven by an intuition and a unique creativity, willing to control everything from distribution to the purchase of the raw materials and from the choice of their bottles to the choice of their boutiques. Perfumers have opened a liberty path towards the art of perfume: sometimes by taking their recipes in the tradition, sometimes by being united to an urban, provocative and unexpected high modernity. Rare perfumes presents the great figures of this new world of perfume : unique by their personality, their choice, their very selective diffusion and of course, their talent.

[...] From daring names such as ‘État libre d’Orange’ to the creative originality of ‘Comme des Garçons’, more than 40 approaches constituting of a new school.

Due for publication in March. 152 pages with 300 photographs; the book can be mail ordered directly from the Osmothèque in France; the link to download the order form is here. €39.

Past Scents: Historical Perspectives on Smell

Author Jonathan Reinarz works at the History of Medicine Unit, School of Medicine, University of Birmingham (U.K.); his "historiography of smell from ancient to modern times" is due for publication in April.

Synthesizing existing scholarship in the field, he shows how people have relied on their olfactory sense to understand and engage with both their immediate environments and wider corporal and spiritual worlds.

This broad survey demonstrates how each community or commodity possesses, or has been thought to possess, its own peculiar scent. Through the meanings associated with smells, osmologies develop--what cultural anthropologists have termed the systems that utilize smells to classify people and objects in ways that define their relations to each other and their relative values within a particular culture. European Christians, for instance, relied on their noses to differentiate Christians from heathens, whites from people of color, women from men, virgins from harlots, artisans from aristocracy, and pollution from perfume.

Amazon shows pre-order prices of $81 for the hardcover, $20 for the paperback.