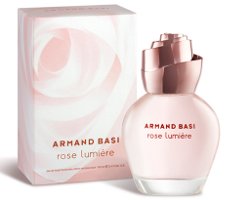 Spanish designer Armand Basi has launched Rose Lumière, a new fruity floral fragrance for women. Rose Lumière is the second in the series that began with 2011's Rose Glacée.