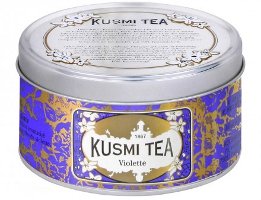 We haven't talked about chocolate around here in a good long time, so in honor of Valentine's Day, here are quick reviews of five chocolate bars. Plus two Kusmi teas just because. Do share any of your own chocolate or tea favorites in the comments!

This is a spendy New York brand that reportedly makes great hot chocolate, but I've never tried any of their products except this admittedly sort of strange bar. Numerous little bits of  dried banana translate into an oddly bumpy exterior similar to a puffed rice chocolate bar, and lend a satisfying chewy-crunchy texture. I frequently complain that bars don't have enough "additives", but this one arguably doesn't have enough room left for the chocolate — chocolate purists would probably not like it, but then, chocolate purists probably wouldn't like any of my favorite bars.1 The first time I had one I wasn't sure if I liked it, but I always buy one on the rare occasions I see them, so I must, and everyone I've given one to has liked it (Kevin said it tasted like fudge).

I can't remember what I paid for this one, but I know it was steep verging on ridiculous. Note that MarieBelle has recently redone their packaging; I don't know if they've "reformulated" the bars as well. In the new packaging, the 80g bar is $9.

I'm a fan of the Vosges brand, but haven't liked many of the flavors they've introduced over the last year or so. This is one of the few newish dark chocolate bars that isn't a variation on sweet gooey caramel, and while it sounds perfect, all of the "extra" components — walnuts, banana, nutmeg — are mighty thin on the ground, leaving it neither chewy, crunchy nor surprising. I much prefer my older friends from Vosges: the Black Pearl, Red Fire and Mo's Dark Bacon bars. Sadly, they seem to have discontinued the Calindia bar, which had cardamom and walnuts, and I'm not entirely sure they're still making this one either, although it's still in stock at my local Whole Foods.

Maison Bouche is a small indie outfit near San Francisco, and they make bars in a vast array of flavors, including any number of tempting (to a perfumista, anyway) florals, from Fleurs d'Oranger to Lavande des Hautes-Alpes et Fleur de Sel to Rose et Feuilles de Menthe Cristallisées. I've only tried a small sampling of the range so far, but admit many of them aren't as delicious as I expected, probably just because I prefer a darker chocolate with a bit more bite. But this particular bar, with chunks of candied blood orange peel (admittedly sparser than I'd like) and cardamom (plenty!) is delicious, and I've considered ordering a case and keeping them in the freezer.

One of the many fair trade / organic brands; this particular bar using chocolate from a co-op in Ecuador. At first glance, the bar did not seem to have enough of its primary additive, crystallized orange peel, but the addition of orange oil helps the bar live up to the "vibrant and tangy" promised on the outer box without overwhelming the flavor of the chocolate. It's not the best orange peel chocolate bar I've ever had, but it's quite good. Another plus: I can buy this at a local supermarket, and it's very reasonably priced. Other Alter Ego flavors I have not tried include Dark Quinoa and Dark Coconut Toffee.

This fair trade company, founded by two former Peace Corps volunteers, sources and produces its finished bars in Madagascar. All of their bars (even the plain 70%, which is my father's favorite) are wonderful, but this bright and zippy bar with pink peppercorn and combava fruit is a star in my regular rotation — I probably eat one or two of them every month. Every so often I eat one of their Sea Salt & Nibs bars too. If you like hot, and I mean hot, try their Cinnamon & Sakay bar (I generally like spicy chocolate, but it's too over the top for me). The prices aren't bad, and many Whole Foods stores carry the brand.

I drink mostly green and oolong tea (lots of it, all day long) and the occasional chai (see below), and since I don't care for Kusmi's green tea base, I'd kind of given up on the brand despite the allure of the packaging. Then Jessica turned me on to Kusmi's Violette tea. This flavored black tea became an immediate favorite, and as soon as they ran a free shipping special, one of the lovely tins was mine. The first thing you need to know is that the violet flavor is strong — really strong. I'm pretty sure it's the heaviest floral tea I've ever had. If you've ever found that floral teas give you the unpleasant sensation that you're drinking perfume, Violette is probably too strong for you, ditto if what you're really after is the taste of the tea itself. From my perspective, the problem with most floral teas is they're not heavily floral enough, so Violette suits me just fine. I make it almost double strength and then cut it with milk. Kusmi also makes a rose tea, but I haven't tried it and from what I've read, it is not as strongly flavored as the Violette.

As I said above, I mostly drink green tea, but often around mid-morning I'll have a cup of spiced black chai tea with milk. I long ago moved on from tea bags for my green tea, but after extensive tasting of chai blends, my preferred chai is one tea bag of Numi Golden Chai + one tea bag of Tazo Organic Chai — this results in a "just right" (for me) mix of typical Indian chai spices. When I get tired of that, I drink Kusmi's Kashmir Tchai, which I ordered untasted when I bought the Violette. The Nepalese blend is a bit unusual, at least for a brand sold in the West. The dry tea is lovely: you can see the whole cloves and cardamom pods and bits of cinnamon in the mix. There's also ginger and star anise, and lots and lots of pieces of broken bay leaves. When I smell the dry tea, I notice the cardamom and star anise most, but brewed, the cardamom is light and so is everything else — it's far more subtle than your "average" chai, and it just tastes different, possibly because of the heavy concentration of bay leaves. If you're after a standard sort of Indian chai, it probably won't satisfy you, but I've grown very fond of it. I brew it double strength and add a small amount of milk.

I know absolutely zip about chocolate. Those single-origin estate chocolates that true chocophiles pay a premium for hold no interest for me. What I want is simple: a dark chocolate (around 60% cocoa) bar with something fun added. That’s not quite the chocophile’s version of the sweet generic fruity florals I turn my nose up at around here, but I’m guessing it’s close.