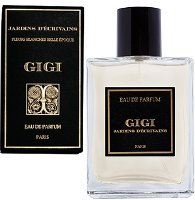 Jardins D’Écrivains has thought up a metaphorical composition, a melodious theme of white flowers. Youthful and fruity, Gigi, the famous heroine of Colette’s writings, takes us on a stroll through the Paris of 1900. Young, beautiful and mischievous, she seduces through her carefree and unseemly nature.