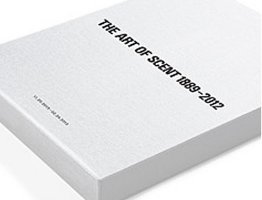 The The Museum of Arts and Design in New York City has introduced the limited edition catalogue for the The Art of Scent exhibit:

This first of its kind historical catalogue, for MAD exhibition is a beautiful limited edition coffret box featuring eleven of the works exhibited in the inaugural show of the MAD Department of Olfactory Art. Each of the eleven scents are contained in printed glass vials and accompanied by a soft cover book of eleven essays which places each of the eleven works in historical context. The catalogue is written by exhibition curator Chandler Burr. 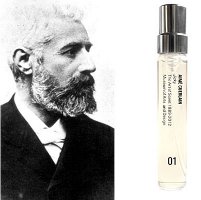 You can pre-order now for delivery in December.