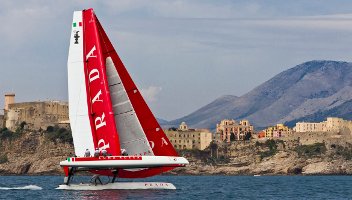 Prada will launch Luna Rossa, a new fragrance for men inspired by the brand's America's Cup Challenge team of the same name, later this year.

Prada Luna Rossa will be available in 50, 100 and 150 ml Eau de Toilette and in matching grooming products. Look for an America’s Cup Collector Edition in 2013 and an Extreme version in 2014.

Note: image of Luna Rossa team in training via media.lunarossachallenge. I will update with an image of the fragrance bottle when I can. 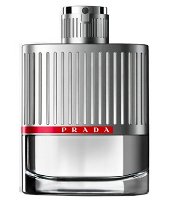 The Prada Luna Rossa fragrance was developed by perfumer Daniela Andrier. It is a woody citrus; additional notes include ambroxan. It will launch in September.

Another update: Prada Luna Rossa is not expected to debut in the US until March 2013. It is reportedly an unconventional marine fragrance with lavender as a key note.

Still another update: see a review of Luna Rossa.