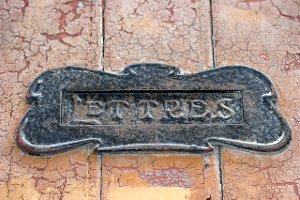 Today we're helping Lucie, who says that although she has been wearing perfume for years, she is only just starting to realize the power it can have. She has usually worn fresh, green, citrus-y scents, but now she'd like to find something deeper and more seductive. The perfect perfume would cast a spell, but also be sophisticated. She lives in London so has good access to stores, and she doesn't have a price limit. Here is what we know about Lucie:

She's a book editor in her late 30s. She's blonde with blue eyes and an English rose complexion — she is told she is very feminine.

She's single, and she likes going out to restaurants, dancing and parties. She also spends lots of time in the country — walking, riding, picnics.

Her taste is classic and elegant, but she also has a daring and sexy side.

Lucie wants to avoid heavy florals and old-fashioned scents, and she doesn't think rose or sweet florals work well on her. In the past she has also worn Ralph Lauren Romance, Chanel no. 5 and Serge Lutens Sa Majeste La Rose, but she says they tend to dry down woody, stale and a bit flat.

Here is what Lucie has tried so far:

Christian Dior Hypnotic Poison: She finds it interesting and sexy, and she can't stop smelling it, but she is worried about whether it is classy enough.

Guerlain Shalimar: interesting, but too sour.

Piguet Fraca: too floral and heady.

Hermès Hiris: light & feminine, but too flimsy for what she's looking for right now.

Hermès 24 Faubourg: she preferred it over Caleche, but doesn't find it sexy.

Miller Harris Fleurs de Sel: she likes it, but for a summer day rather than a night out.

Chanel Coco: too sultry and exotic.

Givenchy Hot Couture: delicous smell that she'd like as a room spray.

Serge Lutens Tubereuse Criminelle: overpowering but she might try it again.

Note: image is lettres by jenny downing at flickr; some rights reserved.