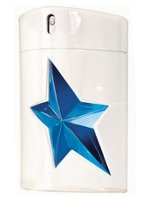 Thierry Mugler will launch A*Men Pure Shot in March. The new fragrance for men is a limited edition flanker to 1997's A*Men, and was reportedly inspired by double amputee sprinter Oscar Pistorius, who is the current face of the A*Men range.

Thierry Mugler A*Men Pure Shot will be available in 100 ml Eau de Toilette; in the US, it will be exclusive to Nordstrom at launch time.