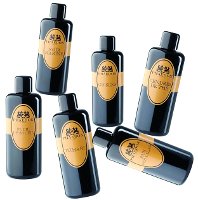 Phaedon is a new niche line that debuted in late 2011 with six fragrances. The line was named for Phaedo of Elis and is reportedly produced by perfumer Pierre Guillaume of Parfumerie Generale.*

Cendres de Thé - A smokey, dry, tea fragrance that is both elegant and masculine."

Dzhari ~ "Exotic, gourmand with notes of candied dates. A favorite!"

The Phaedon fragrances can be found now at Luckyscent, in 100 ml Eau de Toilette for $125.

*According to Luckyscent he was also the perfumer for two of the six fragrances, but he is not the owner of the brand. Fragrance & Art says the line was founded by "two Parisian aesthetes, frequent travelers and lovers of ancient cultures."