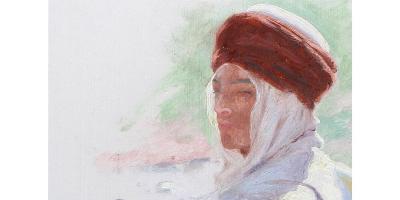 When I got a decant of La Via del Profumo Sharif in the mail, two things of note happened: an autumn chill arrived in the Northwest, sweeping away summer in one afternoon, and my cat, Vanya Mandelstam, um, “sullied” the Sharif packing materials that I had thrown on the floor. Both of these events had an impact on my relationship with Sharif, but first….

Sharif smells wonderful. It starts off with a nose-searing note that smells like tonka beans in turpentine (with a nutty background aroma, almost dessert-like, but not too sweet). A beautiful, almost smoky, leather scent appears next, blending well with tonka and spice (a clear, pungent cinnamon-clove note). Sharif remains in tonka-leather-cinnamon territory for a long time before turning a tad powdery with musky (civet) amber in the dry-down. There is a hint of smooth “incense ash” in the base notes also. The entire composition is fine-tuned and high-quality (what a relief it is to smell Sharif after sampling too many cheap perfumes from other houses recently).

Now, to my “relationship” with Sharif. First, its arrival on a chilly day was auspicious; this is a cool-weather perfume. Though it is not overpowering and dense, it has more tenacity than you’d expect from a natural perfume (it lasts at least six hours on my skin, with minimal sillage). Sharif does not possess what sometimes ruins natural perfumes for me: a sameness in ‘texture’ and a ‘cooked’ aspect, as if the fragrance notes were extracted from plants using oil and a hot frying pan (to put it crudely). Sharif is fresh and buoyant.

Vanya Mandelstam, who has appeared on this blog before in my review of Caron Yatagan, has a nose for musks and he could not ignore the fact that natural civet is present in Sharif. (He was infuriated.) Though he attacks me (a combination of rough licking and biting) when I wear Yatagan, he wants to obliterate Sharif from his environment — so I apply Sharif after I leave the house for Vanya’s peace-of-mind and my cleanness-of-floor.

La Via del Profumo has info on its website regarding its natural materials; it clearly states that Sharif is “non-vegan” due to the musk in the composition. Natural civet musk has been replaced in many mainstream perfumes with synthetic civet musk (in Yves Saint Laurent Kouros, Chanel No. 5, and Frederic Malle Musc Ravageur for example). Civet musk has an elevating effect in perfume, it heightens and prolongs the scents of other ingredients. Synthetic civet musk is fine by me and its use eliminates problematic aspects of obtaining civet musk “naturally,” either by the death of the civet or by its captivity on civet “farms” where the animals are subjected to “milking” on a regular basis — an uncomfortable process to say the least. La Via del Profumo is honest in letting consumers know its civet musk is real, but I have no idea how the company obtains it. The perfume consumer can decide for himself or herself whether to wear perfumes with real musks (IF, and this is a big “if,” a perfume company is forthcoming about the type of musk it uses). 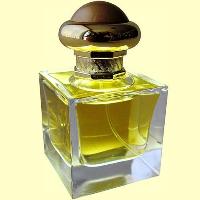