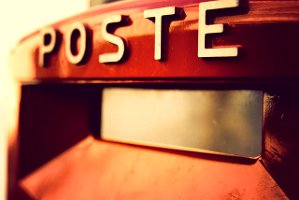 You would not think it would be so hard to post the Monday Mail on Monday, but turns out that some weeks, it's a challenge. So I'm late again, but today we're helping Alnysie, who wants to expand her collection of decants and bottles, and to discover some new fragrances. She'd especially like to branch out into some new fragrance families  — she'd like to find some florals and green fragrances, and maybe a few more spicy-gourmands. Her price requirements are open since she's willing to buy decants, and she has reasonably good access to stores.

Here is what we know about Alnysie:

She's in her early 30s and lives in Montréal, where she works in an office.

She says she's an “assertive introvert” — she likes her clothes, jewelry, and glasses to be simple but to have something (a cut, a dash of color) that makes them stand out.

She prefers small gatherings to big crowds, and while she is not outdoorsy or sportsy she does like smell of the woods and nature.

Alnysie does not like big sillage or heady florals, tea, incense and patchouli, amber, cucumber/melon/aquatic, fruits (especially pear and cherry), butter, fig, and that cola note that people have told her is aldehydes (it's in Piguet Bandit). She's not a huge fan of citrus. Perfumes she doesn't care for include Annick Goutal  Eau d'Hadrien, The People of the Labyrinths Luctor et Emergo, L'Artisan Tea for Two (she loves the spices but hates the tea), Serge Lutens Jeux de Peau (the butter!), Les Nez The Unicorn Spell, By Kilian Back to Black (too sweet), Penhaligon's Amaranthine (like cucumber), CB I Hate Perfume Revelation (cat pee), L'Artisan Dzongkha.

Here are some of the perfumes she has tried in her search:

Diptyque Philosykos: she likes the opening, then it turns aquatic-like, as do many figs.

L'Artisan Bois Farine: She loved its oddness, bought a bottle, now she hates it — it smells more peculiar than nice.

Sonoma Scent Studio Winter Woods: all she smells is the sweet cola note she doesn't like.

Guerlain L'Heure Bleue: not her, although she likes it in theory.

Note: image is post_te by fedewild at flickr; some rights reserved.