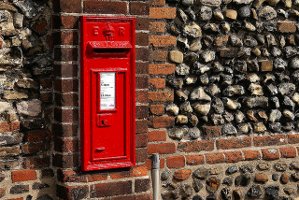 I forgot to post the Monday Mail on Monday, again! Here it is, a day late.

Today we’re helping Eleni, who lives in Romania and has just finished a degree in theater directing. She'd like to find a daytime perfume she could wear to rehearsals. It shouldn't offend or distract others, but it should help her confidence and make a statement — a "creative-signature work-scent". She can pay up to $130, and she is happy to shop online.

Here are some more details about Eleni:

She's an art- and film-buff with a somewhat moody personality. She wears simple unisex clothes, earthy/green tones, the occasional splash of color. She says she looks "like the plump version of Shirley Manson from Garbage back in the nineties".

Eleni likes notes of cedar, fir, aniseed, iris, honeysuckle, almond, nutty notes, incense, leather, suede, verbena, and ripe fruits. She says she has a love-hate relationship with patchouli and vetiver, and she likes spices (clove, cinnamon, nutmeg, cardamom) only if they are balanced by something green. She loves the Guerlinade accord, and Mitsouko and L'Heure Bleue were instant loves. For "evening wear" she wears Guerlain Nahema, L'Occitane L'eau d'Iparie and The Different Company Jasmin de Nuit, but they are all too feminine for her daytime scent. The Different Company Bois d'Iris, Guerlain Cologne du 68 and Chanel No. 19 are all close to what she's after for her daytime perfume.

Here are some of the perfumes she has tried:

Thierry Mugler Womanity: she likes the smell but finds it overwhelming.

Love, Chloe: too perfumey and indistinct.

Hermes Kelly Caleche: reminds her of a friend who wears it.

Robert Piguet Bandit: She likes it, but it's too agressive and demanding.

Lubin Vetiver: smells good on her boyfriend but not on her.

Note: image is Southgate Street by Martin Pettitt at flickr; some rights reserved.