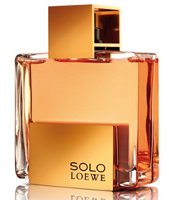 This magnetic fragrance is born as a response to the needs of today’s modern man who lives surrounded by constant contrasts and is able to find a balance between his work like and his family live, between his responsibilities and his leisure time…

Loewe Solo Loewe Absoluto is available in 75 and 125 ml Eau de Toilette, and can be found now at First in Fragrance in Germany. (via first-in-fragrance)